AGT Celab Omega is a star system in No Man's Sky.

AGT Celab Omega is a star system in the No Man's Sky universe.

By PC explorer celab99 on 24-Feb-2019. It was explored and a claim documented by CELAB Galactic Industries. This system is part of the AGT. 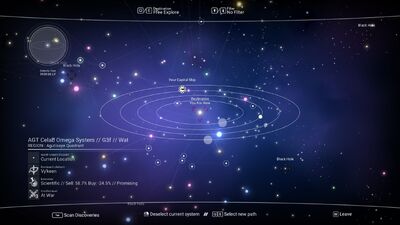 A class B 21 slot Nosto's Voltage Auditor Multi-tool was found at the Space station. See the gallery for image details.