Civilized Space - Guide to Setting Up a New Civilization or Company 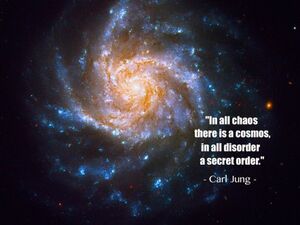 We Believe in Civilised Space

Civilized Space Guide to Setting Up a New Civilization or Company is a user guide.

Civilized Space Guide to Setting Up a New Civilization or Company is a guide to advise newcomers who wish to establish a civilization or company. This guide will help you avoid some of the common issues in setting up a civilization.

Civilized Space regions of the No Man's Sky universe are local groupings formed by individual or groups of players.

Step 1: Are You Committed?[edit | edit source]

The wiki is full of civilizations and companies that were a glimmer in their founder's eye, and after 1-2 days the civilization/company is never updated again. The key thing is, make sure you are committed before you engage and start a wiki page to claim a new civilization or company. You must be ready to do the following:

What platform/mode will you have it based in? Your choices follow, but the majority are mainly active in Normal mode on any of the platforms regardless of what many wiki pages say. Pick one and focus on it to be successful.

A civilization is normally going to settle in one or multiple adjacent regions and may try to attract other players to join. A civilization normally acts mainly as role play, claiming systems to grow territory and help each other build up or play together in the region. The two largest civilizations, Galactic Hub Project and the Alliance of Galactic Travellers, have thousands of players each.

Companies typically (but not always) seem to be made up of a sole player or a small number of players (a CEO and employees). The company typically has a real in- game activity focus (Industrial mining, farming, production) or exploration/documentation. The most active company examples include Intergalactic Exploration Corporation and GenBra Space Corp.

Select a Location - pick a galaxy and region to focus on and travel to it. Too many civs or companies say they will roam or be nomads, and eventually they wither and disappear. A lot of the reason for this comes down to lack of a focus on what the owner wants to build. Civilized space can be quite busy, especially in the starting Euclid galaxy nowadays compared to the early Pathfinder and Atlas Rises eras. There are civs in other galaxies besides Euclid. The first dozen galaxies all have thriving civilizations (check out Civilized Space Maps). You can choose to locate near a neighbouring civ (make sure not to set up inside their regions), set up near the Galaxy Centre, or for some hermit kingdoms, go to the extreme edges of a galaxy or travel to a distant galaxy to hide from other civs.

Come up with your theme. Some are complex, with large detailed histories, written constitutions, and dozens of documented government departments. Others create simple entities and focus clearly on only a few goals. The key thing is to have a theme, and the rest flows naturally. You are writing the book of your entity! Your wiki page will be much better and credible if you can complete it with well-thought out ideas. A wide variety of examples include The Qitanian Empire, The Volition Project, Empire of Jatriwil, Forgotten Colonies, and the Euclidean Scholar's Society. For companies, take a look at Tinker and Transports, CELAB Galactic Industries, and the Galactic Expedition Agency.

Solo or Grow? Do you want to have full control or do you want to grow and work with others? The answer will affect your theme as well as your success in getting a successful lift-off for your project. Groups are not always more successful; it is still hard to coordinate in one region in NMS multiplayer, although travel throughout the galaxy is much easier now in Origins with the removal of portal interference. For most people, it is best to start solo, and if you find you have the passion and drive, the success will show and others will ask to join your organization project.

There will be a section later to give more detailed rules here, but a simple recommendation is to pick a naming convention. This is the only real way you can show the entire NMS player community that your organization really exists in the game itself. Other players will see your star system names, and recognize your existence. Most civs/companies adopt a simple prefix or suffix naming system, although some have more complicated rules, but these typically only work (eg. have staying power for more than few weeks of game play) for the best organized, largest staff and most dedicated player groups. A naming convention is NOT mandatory, but no one in the actual game will know how your star systems are tied together if you do not do this.

Create a logo and emblem badge artwork. All the civs and companies have them. Its basically a requirement to get taken seriously. You can check out the wide range of logos at Civilized Space Emblems.

Choose a capital star system and planet, or for companies, a HQ star and planet. Be prepared to publicly publish galactic coordinates. Civs that cannot be actually visited or verified for existence by wiki administrators (or their proxies) risk being de-activated on the wiki.

This refers to how you name star systems in the game. In general, most civs/companies will use a consistent set of prefix or suffixes attached to some existing or user-created name for a star system. This allows a trail of consistency to be observed by other players who visit your systems and establishes creditability for your organization.

In general most focus is around star system naming, as it appears relatively permanent across updates to the game from the developer. Planet names sometimes lose their player-given names and need to be renamed again. (Note: Planet naming resets have become less common in 2020 updates, but there is no guarantee this trend will continue).

There are a lot of things to consider in selecting a prefix or suffix. Here are some key ones and they apply ESPECIALLY to BOTH stars and planets/moons:

In order to be recognised as a civilization or company, the following requirements must be met:

Note: A civilization will be removed after a major new update if there has been no wiki activity in the last three months

Growth comes in several forms... you can grow in size and/or credibility. This can be achieved in several ways both in and out of the game.

Of course some founders may be happy having a small, less noticeable civ, that is fine also... but you probably did create the civ/company to get noticed in the first place.

Civs that name, claim, and document star systems on the wiki (with galactic coordinates and glyphs for others to verify) will become more credible and prestigious as they grow. Take lots of screen captures of things like information screens on a star system and its planets, the galaxy map with the star system information pull down box displayed, and screenshots of a signal booster on a planet surface showing the planet name and the galactic coordinates. It will help you record and create pages of better quality, and you can include the images in your page to complete them.

Some civs/companies focus less on growing large numbers of stars/planet and instead focus on deep dive exploration and documentation of a smaller number of stars for their fauna, ships, and tools. Both approaches can be successful.

If you convince other players to join your civ/company, and they claim star systems using your name convention, and document on the wiki, it will help you grow. You will also then want to start learning how to create a census so you can keep track of all the players in your civ space and show to the civilized space community your population or employee growth. 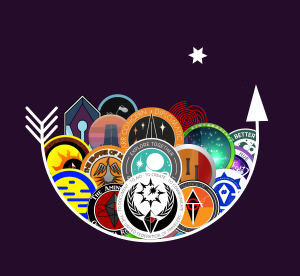 Quite a few civs and companies actively promote themselves using dedicated role playing accounts (eg. not your own personal accounts you use with family and friends) on Youtube, Facebook, Twitter, Discord, Reddit and Instagram as examples. This raises visibility, allows you to promote your policies, explorations, and discoveries. It can lead to many opportunities, perhaps interactions with other civs, or attracting new recruit citizens or employees to join you. Some day, it could even attract an invitation to join the United Federation of Travelers or another pan-civilization galactic alliance grouping. The galactic core is the limit if you succeed and show dedication to your project.

In game, a common promotion method is to visit popular spots such as popular hub or tourist stars/planets, or the community event weekend missions and leave a Communications Station promoting your civ/company.

Some civs/companies invest considerable effort to develop Lore, or a backstory for their game play and civ/company. This is referred to as fan created fiction, and it can accompany the civ/company's roleplay. The best Lore ties it into real in-game locations, buildings, and points of interest. (eg. a specific Minor Settlement, Crashed Freighter, Monolith etc.

In-game flags and banners can be displayed at bases. Choose a pattern and color and display them consistently in your bases for recognition. Make sure you do not overlap with those already in use however, check the Federation Vexillology Department first.

Artwork and emblems will be useful on your social media promotion channels or on your wiki pages. Get creative.