Image Map of all known companies as of September 19, 2020.
Clicking on a company in the picture causes the browser to load the appropriate article.
Only companies that have updated their embassy pages, since the release of Living Ship, are listed on the map. For older versions of the map, vist Civilized Space Maps. 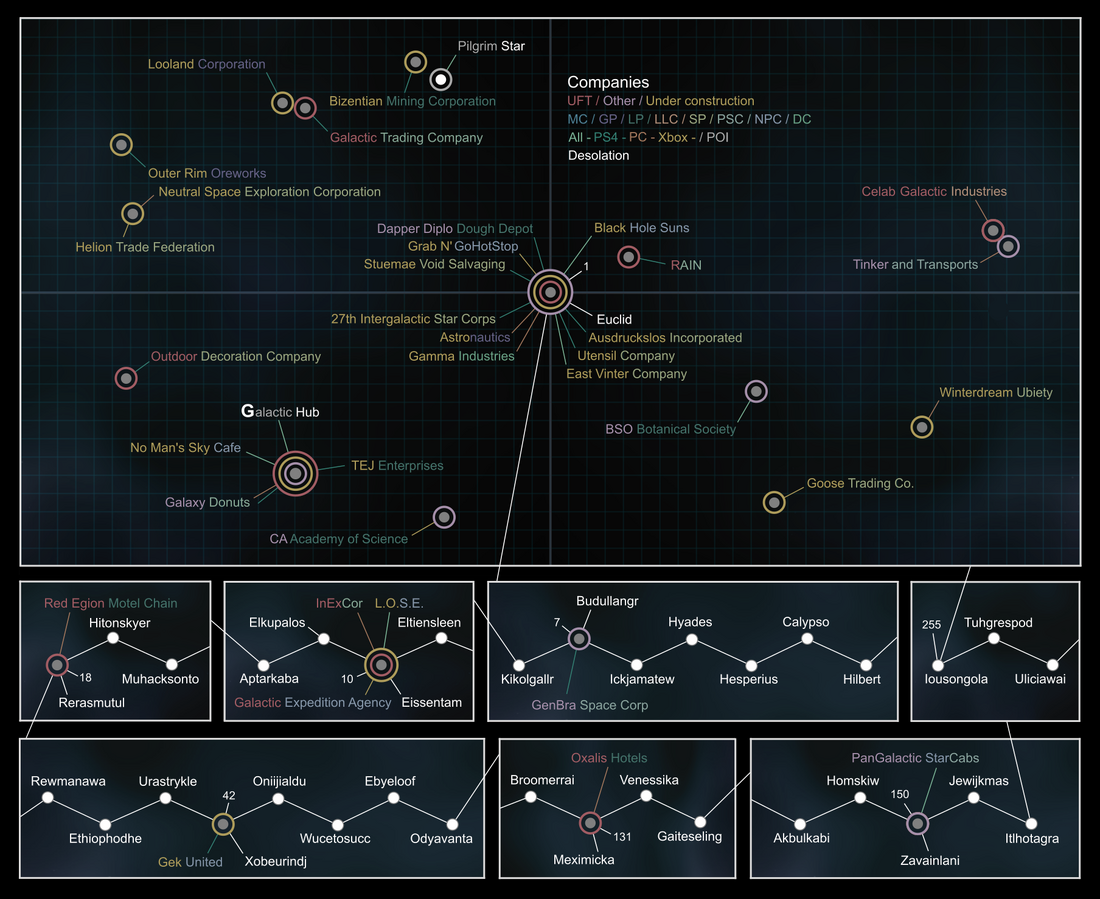