Dark Assault and Reconnaissance Unit Kepler is a company.

DARK is a secretive organization within the No Mans Sky universe which is highly anti-sentinel and liberates resourceful planets, especially Lush planets with high sentinel activity, it wishes to rid the universe from sentinels as they are unnecessary and disturbs the majority of the civilization. DARK is extremely friendly with other life forms that are not Sentinel affiliated and welcomes them to their planets.

It can be based in any region of the Euclid galaxy.

Our mission is to rid the sentinels from the universe and liberate the planets, using aggression and heavy weaponry in order to crush the sentinels.

Company headquarters are yet to be founded.

D.A.R.K Locations can be found in these regions: 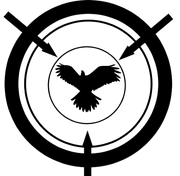 D.A.R.K has the following branches:

The company was founded by a guy who just wants to pretend that he has an organization, known as "Overseer INSUFFICENT DATA"

Other companies and Space civilization that share a preferred partnership:

There is only one rule

D.A.R.K Organization is ruled by Delta Command which consists of five people.

You can always be in D.A.R.K - the choice is yours.