A Freighter is a very large starship.

A Freighter is a colossal interstellar starship; much like a cross between a traditional ship and a space station. The player may purchase a freighter using units, or gain a free one through a mission, and customise it using the Base building system, implemented in the Foundation update. The freighter can warp to other star systems or be summoned to the orbit of the planet (or moon), where the player is currently located. It also allows the player to access any of their owned starships on board.

Freighters are divided into two types:

1. Capital - It is somewhat confusing, as a freighter of any size is called a "Capital Ship" in the game GUI, however this is an actual category of freighters according to game files (hence making it a "Capital Ship" of "Capital" type).

Each of the types has a different class rating, similar to starships: C, B, A, or S. Higher class freighters may have higher slot count and better hyperdrive and fleet coordination modifiers.

Prior to update Desolation 2.61 the colour of the purchased freighter might differ from the original after you restart the game. The colour after restart is permanent though. This phenomenon has been repeatedly observed and is confirmed for galaxy changes. If this also happens inside the same galaxy it was purchased is unclear, but evidence hints to it.

Each player will have an opportunity to obtain a free freighter. To do so, they have to win a Space Battle (see below for details), board the rescued freighter and speak to its captain:

It is possible to "Inspect freighter" first, but it is advisable - for the first rescued freighter specifically - to then choose "Leave", re-open the dialog with the captain and "Request payment instead" - since the player will then have an option later to get a better freighter for free.

(Important: there is a three-hour in-game cooldown before another Space Battle can occur).

Alternatively, it is possible to find a roaming freighter that is not being attacked, and purchase it for Units

A space battle can be encountered every 5 warps, but not less than 3 in-game hours and since the game saves automatically on exiting the starship (except on freighters the player does not own) a player can opt to reload their manual save to get a new roll for the ships inventory and bonus.

There are two types of freighter space battles. The first kind is a common space battle, where you'll get a distress signal icon on your screen, and then the player can fly to the battle if the player wants to participate. There can be up to eight pirates, which will fly in pairs of two, and shoot at the freighter's turrets and containers. If you defeat all the pirates, the captain will reward you. In order to get your reward, you must wait until the bay door's colour turns from red to blue before you can fly inside and land. Then you must find the captain and talk to them.

The second type of freighter space-battle are much bigger, and may included a class of super-massive freighters with three versions of differing size. They are often collectively referred to by many as "Star Destroyers", even though only the flat Venator design seems to be inspired by the Star Wars universe.

These battles begin when a player warps to a new system, and there is a rare chance that a space battle will begin immediately as the player arrives in the system. Once the player detects the battle, a transmission will be received from the freighter's captain asking for help. The battle will contain one capital freighter and up to 10 pirates, which will all fly in pairs of two. The freighter will have a secondary fleet of normal-sized freighters behind it like other freighters normally do; however, they do not participate in the battle. Note that, in order to properly gain credit for participating in the battle the player must get close enough to hit, or be hit by, the enemy fighters, and do so. If "Engaging Enemy Ships" shows on screen, it has been correctly done. Failing to do this will cause the event to fail to trigger the 'reward' state. This only matters if the player is after their first (free) freighter, or if they wish to actually get the secondary loot.

If the player has a good relationship with the alien species that owns the system, nearby ships will assist you in the battle. Once you shoot at a pirate, that pirate and their wing-man will fly at you. Once they are both destroyed, another team of two will attack, then another, until the player manages to destroy all of the pirates. If you manage to defeat all the pirates, the captain will contact you on the communicator and invite you aboard, the bay door's colour should switch from red to blue, and you may land inside. Proceed to the bridge and the captain will offer to sell you the freighter or give you the freighter if you don't have one.

To purchase a freighter, use the following steps:

Freighters can be used for interstellar travel, and their effective jump range can be increased with Freighter Warp Reactor technologies. Freighters purchased before the Atlas Rises update did not contain a hyperdrive, and one cannot be installed later.

If your current ship has economy or conflict scanners, then the freighter's hyperdrive map will make use of them as well.

Like a normal starship Hyperdrive, the Freighter Hyperdrive is refueled with Warp Cells (20%/unit) or Warp Hypercores (100%/unit). To warp your freighter, use the globe hologram in the main room with the captain and it will bring up a galaxy map.

A freighter's base hyperdrive range is equal to that of a starship, though their Hyperdrive class bonus will increase their range.

Six levels of Freighter Hyperdrive upgrades are available for purchase at the Freighter Research Terminal on the bridge. Matter Beam technology can also be researched at the terminal. This console option replaces the guild mission console and now incorporates the frigate consumables blueprints. All upgrades require Salvaged Frigate Modules, occasionally available from Crashed Freighters, Derelict Freighters (as well as the space encounter type), Nexus Missions and Frigate Expeditions. They can also appear frequently when the player attacks and destroys NPC freighters' cargo containers. This activity will draw sentinel attention, so the player is advised to take caution. Attacking unarmed cargo pods surrounding the freighter will also reduce the player's standing with the dominant race.

Salvaged Fleet Units can be found on Derelict Freighters and installed in your freighter tech or general inventories to boost your hyperdrive range or your frigate fleet's stats during expeditions. At the Engineering Core Unit, should you choose to obtain a Freighter Upgrade Module, one of seven existing upgrade types of a fixed class will be dispensed. Unlike other upgrade modules, however, these are not bound by the seed generation model. Because of this, freighter upgrade modules from a specific derelict freighter, when installed, will provide the exact same stats. If the upgrades come from different freighters, the stats will be different, but they will always give the stats from their corresponding derelict freighters, regardless of the order of installation.

Freighters can be coloured, using paint blueprints that cost 5000 nanites each to permanently unlock for use.

You can customize the areas of the freighter located on the top floor between and behind the ramp heading to the bridge. Only a limited number of items from the Structure and Room Items menus is available, see below for the full list.

Note that frequent saving (with the use of a Save Point) is advised, as being stuck in a just-deleted freighter room, or falling through the freighter into space while using the build camera is not uncommon.

Specialist terminals can be built inside the freighter base, in addition to those already constructed on players' planetary base(s). For example, if a weapon specialist exists in your planetary base, another one may be added to your freighter base. The only exception is the Exocraft Terminal, which cannot be built on a freighter.

The NPC specialists, by default, will always remain posted at their last-accessed terminal, so they might not be seen standing at any duplicated terminals; However, interacting with an empty or newly-built terminal will cause the appropriate NPC specialist to re-spawn at that particular terminal location.

The available building space on a freighter is 21 by 21, with the ramp being centre, with two rows between ramp and build limit heading to bridge. The entire room can be cleared out except the one block where the ramp is, and the height has been changed to 13 extra floors upwards, and no floors downwards, giving a total of 14 21x21 floors.

Fleet Command Rooms can be built in a freighter to communicate with frigate captains. Build one Fleet Command Room per expedition that you want to send out at a time. (An expedition can include multiple frigates with multiple traits) You can build up to ten of these rooms, but should never need more than six of them, as five missions spawn every 24 hours and most take around a day to complete.

If you are planning to exchange your freighter for a new one - you can delete the large room and all hallways except the one leading from the docking bay to the bridge. This will net you several thousand Silver and some Ferrite Dust, Pure Ferrite, Sodium, and Carbon. However, player-built bases inside a freighter can also be carried over to a new freighter if desired.

As mentioned earlier, not every building product can be built inside the freighter, with Base Computer, Short-Range Teleporter, Message Module and Signal Booster being notable omissions. Any product requiring Power to operate will be automatically connected to the freighter's built-in 10,000 kPs power generator, while if desired (perhaps for decorative purposes) - Electrical Wiring can also be built from the building alterations menu (default Z, Ctrl). The following products can be built from the standard building menu:

Additional Freighter Storage Units can be built in available building space, increasing the number of inventory slots the freighter holds. Each storage unit provides an additional twenty slots that will hold 9999 resource units each in Normal mode, and 1000 in Survival and Permadeath. These slots hold twice the amount of items that your exosuit cargo can (therefore four times that which your exosuit general can). So if a given item is up to 5 in general inventory, it will be 10 in cargo inventory and 20 in storage containers/units.

On the Bridge, talk to the captain to access your inventory. A player can own up to 30 frigates once they command a freighter.

Players can have up to four NPC Starships in their squadron. These starships will follow players into battles with pirates, or summoned to fly into formation. To manage your squadron, open the Manage Fleet terminal and select "Manage Squadron". Initially all squadron slots are disabled and can be unlocked for

. Both stats and traits of this starship will improve.

† As of the addition of this point, the editor updating this page only tested this out once and under certain circumstances: There was only one other player in the group and they were a No Man's Sky friend. Additionally, I used the word "reasonable" instead of "reliable" because, while this did successfully warp both myself and the other player, I, the freighter owner, glitched outside of the freighter upon arrival to the new galaxy and landed atop the freighter where I couldn't really go anywhere, suffered severe Cold damage, then died to gamma rays. After editing in this note, I will likely have gone to test out a few other scenarios to make this method of transporting full groups more reliable. 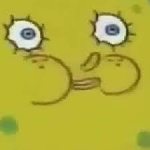