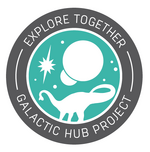 The Galactic Hub uses a system of abbreviated coordinates and HUB-space markers when naming systems in the civilization's 11 official regions. These naming guidelines are also used by Galactic Hub civilizations after Euclid.

Note that, since the NEXT update, the Galactic Hub has changed its policy regarding naming guidelines. Naming guidelines are now strictly abbreviated coordinate sets for navigation purposes. Secondary tags and any other references to in-game content except coordinates have been dropped, to avoid forcing the Galactic Hub to relocate again in the future due to outdated & incorrect tags. System and planet names should never explicitly reference any in-game content except coordinates.

The following are examples of possible system names which conform to the Naming Guidelines. Note that these are just "imaginary" - they don't actually correspond to any in-game locations.

This system is located in the first (core) region. It has a Solar Index Value (SIV) of 0079.

This system is located in the fourth Hub region. It has a SIV of 007A.

This system is located in the tenth Hub region. It has a SIV of 0002.

The Hub Tag is an abbreviated coordinate tag. The first part (HUBn) represents the first 3 portions of a coordinate. The second part (###) is a shortened version of the Solar Index Value, the last part of a coordinate string which only appears once per region. In other words, for any system in a region, the first 3 parts of the coordinate string will be the same, but the 4th part is different - the part which varies is the Solar Index Value.

1. HUB Marker & Region Number - This part is simple - it just lets people know this system is Galactic Hub space, and which part of our space. Its format is HUBn, where "n" is the region number:

So for Canthian, for example, all tags within that region would begin with "HUB2".

If this is too confusing, just retain all 0's.

Coordinate strings can be located by pressing up on the D-Pad, or PC equivalent, and then building a Signal Booster.