The Hubble is a zone of space in the Gamma Quadrant.

Due to the dense concentration of civilizations, the Hubble is also one of the prime locations for multiplayer interactions (such as meeting other players, visiting bases, or finding Communications Stations).

The Hubble has no central government. Civilizations which locate themselves in the Hubble zone are not automatically considered a member of any political / social alliance or group. However, some civilizations may choose to extend certain benefits to fellow Hubble civilizations and citizens on a voluntary and optional basis.

The Hubble Association's nature as a voluntary, optional, open, and non-binding organization is designed to increase cooperation and traffic between localized civilizations without introducing bureaucratic governance.

Image Map of the Hubble Zone as of January 2, 2020.
Clicking on a civilized space zone in the picture causes the browser to load the appropriate article / Mouseover = Coordinates. 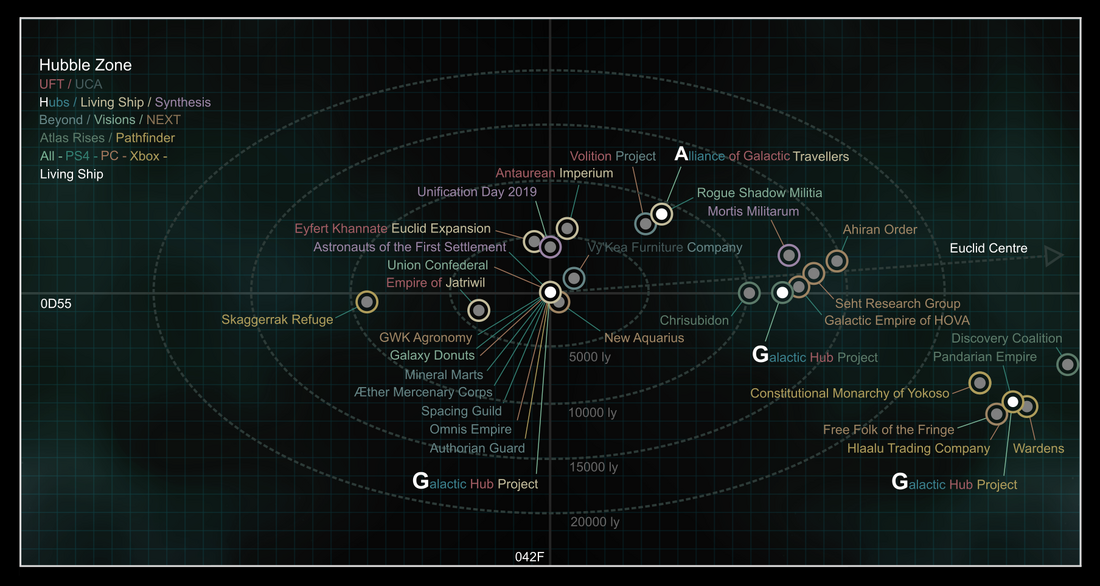