From No Man's Sky Wiki
Jump to: navigation, search
The subject of this article is from the Expeditions update.
The information from this article is up-to-date as of 1 June, 2021.

Mariner-Urtraali is a star system in No Man's Sky.

Mariner-Urtraali is a yellow star system in the No Man's Sky universe.

By explorer cjohnson on (15-Feb-2019). There is a claim documented by Vy'Kea Furniture Company. 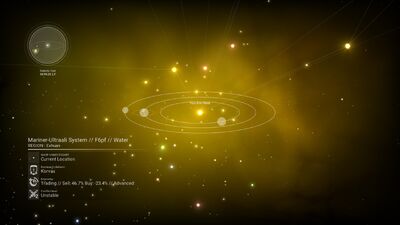