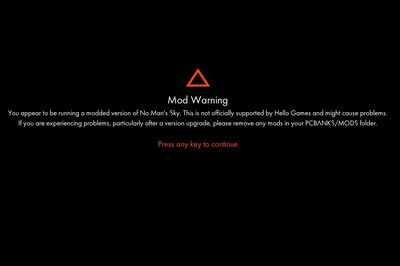 Mods is a page on Game Modding.

The PC version of No Man's Sky can be modded to change features, and add in game assets.

The warning will be the same as the one in the screen shot shown above.

No Man's Sky does not have configurable load order to decide which mod will load after another. It relies on some sort of alphabetical order: when more than one mods modify the same files, the mod that loads last wins.

Files that started with these characters will be sorted with this order.[1]

So, for example, a mod named: