Okinna is a star system in No Man's Sky.

Okinna is a star system in the No Man's Sky universe.

It is an uncharted system and the majority of its planets have little to no life present on them in any form.

By PC explorer celab99 on Nov-2018. It was explored and a claim documented by CELAB Galactic Industries. 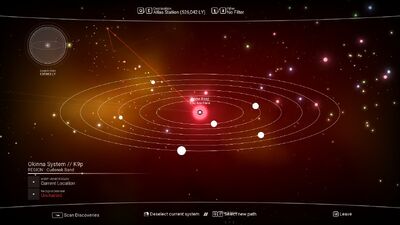 As this system is uncharted, there is no Space station.