Back to page
Add topic

FYI the article says placing a new communications station on the same planet will delete the existing one...but this is not true, as now i'm stuck with TWO stations at my base lol. 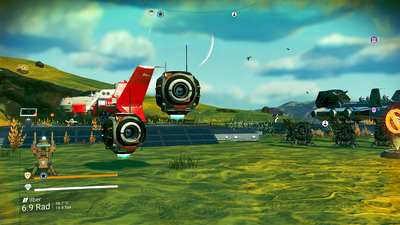 Yes, this can occur if you build a base with communication stations inside the base zone (which nominally you normally should not need to do, as you should use message modules. That does appear to the be exception to new comms ball replaces old comms ball guideline, which makes sense as the comms ball is now considered as part of the base. Likely the only way to remove them is to delete the base and place a new comms ball far away.

update: a few saves/quits and reloads later, and the old comm station disappeared. guess it was a bug similar to the "disappearing starships" bug. :) Ilkug (talk) 10:54, 28 December 2020 (UTC)